Kim Tae-hyung (김태형), better known by his stage name V (뷔), is a South Korean singer-songwriter, record producer and actor under Big Hit Music. He is a vocalist, a dancer and a visual of BTS.

As a solo artist, he has released three self-produced songs: "Scenery", "Winter Bear" and "Sweet Night". He made his acting debut under his birth name on 2016 with the drama Hwarang: The Poet Warrior Youth.[7]

V was born Kim Tae-hyung on December 30, 1995 in Daegu, South Korea, and grew up in Geochang County. He is the eldest of three children, with a younger brother and sister. V first aspired to be a professional singer in elementary school,and eventually began taking saxophone lessons in early middle school as a means of pursuing the career. V initially became a trainee for Big Hit Entertainment after passing an audition in Daegu.

After graduating from Korean Arts High School in 2014, V enrolled in Global Cyber University—he graduated in August 2020 with a major in Broadcasting and Entertainment. As of 2021, he is enrolled at Hanyang Cyber University, pursuing a Master of Business Administration in Advertising and Media.

On June 13, 2013, he made his debut as a member of BTS on Mnet's M Countdown with the track "No More Dream" from their debut single album, 2 Cool 4 Skool. He was first credited for music composition in The Most Beautiful Moment in Life, Part 1 when he co-wrote and co-produced the song "Hold Me Tight". He also contributed to writing lyrics for the song "Boyz with Fun", co-composed by fellow member SUGA. For the song "Run", V's melody was used with Jung Kook's original lyrics for the next album The Most Beautiful Moment in Life, Part 2. He then did the same for a solo single called "Stigma" from the album Wings, which charted at 26 on the Gaon Music Chart and 10 on the Billboard World Digital Singles Chart. V has also released, unofficially, a cover of "Hug Me" with BTS bandmate j-hope as well as a cover of "Someone Like You" by Adele.

In May 2018, his second solo song, "Singularity" was released as the trailer for BTS' then upcoming third LP, Love Yourself: Tear. A month after its release, The Guardian added "Singularity" to its "Top 50 songs for the month of June 2018" playlist. Billboard included it in their Critics' list of the "Top 50 BTS songs" at number 28. The track made its UK radio debut on BBC radio on October 25. Overall, "Singularity" was generally well-received by critics and as a result, was mentioned on several year-end Critics' Choice lists. The New York Times ranked it twentieth on its list of "The 65 Best Songs of 2018", alongside "FAKE LOVE". LA Times Pop Music Critic Mikael Wood named it the fourth "best and most replay worthy song of 2018". Guardian Music Critic Laura Snapes included it as one of her favorite tracks in their “Best Music of 2018: Albums and Tracks" list.

On October 24, V became one of the youngest recipients of the prestigious fifth-class Hwagwan Order of Cultural Merit medal, awarded to him by the President of South Korea along with the other members of BTS for their role in the spread of culture.

V, together with bandmate j-hope, collaborated with Swedish singer Zara Larsson on a song called "A Brand New Day" for the soundtrack album of their mobile game BTS World. It was released on June 14, 2019 and debuted at number 1 on World Digital Song Sales Chart. Eight months later, he collaborated with bandmate Jimin for the song "Friends" and he also participated in the composition and writing of his solo song, "Inner Child" on their album Map of the Soul: 7.

In 2016, V made his acting debut with a supporting role in KBS2's historical drama Hwarang: The Poet Warrior Youth under his real name. He also collaborated with fellow BTS member Jin for the Hwarang soundtrack entitled "It's Definitely You". On June 8, 2017, he released "4 O'CLOCK", a song he co-produced with fellow BTS member RM, to celebrate BTS’ fourth anniversary.

V released his first full solo track outside of BTS, "Scenery", on January 30, 2019 through the group's SoundCloud page. The ballad was written and composed by V—he also photographed the cover artwork—and produced by Big Hit producer Docskim, with additional contributions from two other Big Hit producers, Pdogg and Hiss Noise. It broke SoundCloud records for reaching 100 million streams from 20 million in over fourteen days, the shortest time for the platform. Over the course of the two weeks following its release, "Scenery" broke the daily streaming record nine times.  Seven months later, he released his second solo song and his first full English song entitled "Winter Bear" through SoundCloud, accompanied by a self-directed music video via BTS' YouTube channel on August 9. He co-produced the track together with RM, Hiss Noise, and Adora. He also photographed the cover artwork using his pseudonym Vante.

In 2020, V participated in a song titled "Sweet Night" for the soundtrack of the JTBC drama Itaewon Class which was released on March 13, 2020. Produced, written and sung by V, the indie pop song is entirely in English. The song received generally favourable reviews for its composition, vocal performance and warm lyrics, and debuted at number 2 on Billboard's U.S. Digital Song Sales chart, the highest debut for a Korean soloist in the chart's history. On December 25, 2020, V released a solo track titled "Snow Flower" featuring Peakboy.

V coined the phrase "I purple you" during BTS' fanmeeting in November 2016. Ever since then, purple has become a symbol of BTS and their fans. UNICEF also used the phrase for their anti-bullying campaign in collaboration with BTS.

In 2018, Eugene Investment & Securities Co., Ltd. conducted analytical research on Google search trends relating to the K-pop industry. "V" ranked first on the chart, meaning it was the number one most searched keyword for the past five years in South Korea. In a survey conducted by Gallup Korea, V was chosen as the 4th most preferred idol of 2019; he was previously ranked 9th in 2018.

V possesses a baritone singing voice that has received a generally positive critical reception, with particular praise for his vocal range and "husky" tone. He gained wider vocal recognition for his performance of his solo song "Stigma", and was praised for his falsettos that showed off his vocal range and unique musicality. V's tonality on "Singularity", the opening track of BTS' Love Yourself: Tear (2018), was noted as a prominent "tone setter" on the album by music critic Blanca Méndez. Similarly, Katie Goh of Vice deemed it as "one of V's best vocal performances." Karen Ruffini of Elite Daily stated in their article that "V... has no problem producing super soothing, low tones that are a key element in the overall sound for BTS," with Tamar Herman from Billboard also noting that V's lower range is a prominent piece of BTS' music. V's musicality is heavily influenced by his love for jazz and classical music. Eric Benet and Ruben Studdard are among his inspirations.

As a performer, V's style is known for its "duality", or his ability to evoke various emotions on stage. British journalist Rhian Daly, writing for NME, particularly noted this when discussing V's performance of "Singularity" during the Love Yourself: Speak Yourself World Tour, describing his movements as "precise and deliberate". Crystal Bell from MTV noted V's performances often work with live cameras in concert venues, and how he utilizes them to create subtle expressions during performances. 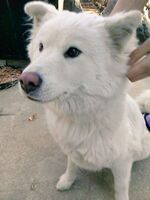 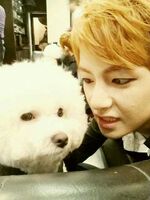 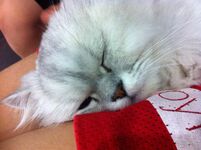 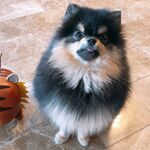 BANGTAN BOMB Someone like you (sung & produced by V)