TinyTAN (formerly known as BTS Character) are animated characters based on BTS and created by Big Hit Entertainment. The brand was launched on October 13, 2019 via Big Hit Official Merch on Twitter as part of the exclusive merch of the BTS Pop-Up: House of BTS[1].

A music video based on "MIC Drop" was released in the first half of 2020, and four short animated episodes in the second half.[2]

A list of TinyTAN collaborations and the items created. 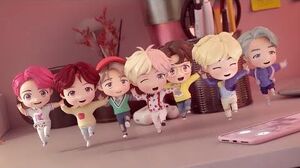 BTS(방탄소년단) Character Trailer - The cutest boy band in the world 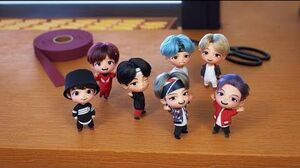