Music
SuperStar BTS (stylized in all caps) was a rhythm game developed by Dalcomsoft Inc. featuring songs by BTS which was launched on Apple Store and Google Play in January 18, 2018 in South Korea. Later was made available in Indonesia, United States and South America. A version distributed by PONOS Corp. was available in Japan since May 22, 2018.

The game featured more than 100 songs by BTS and was a score-based, note-matching music game. The goal was to complete a song and unlock the following song in three levels: Easy, Normal and Hard.

Players had to form their own equip of seven cards (one per each member) or three cards (only in Hope World album) and mix and match the cards with the themes as they wish or use the game's auto function to automatically create a equip. Each album had is own theme cards and some of it had limited cards.

There was three different types of cards to obtain: Normal, Badge, and Prism.

Each card was categorized in a specific tier. There was five different card levels: C, B, A, S, and R.

Depending on the amount of cards, collecting and equipping cards from one specific theme unlocks a Level Bonus (also known as a Theme Bonus or Album Theme Bonus), starting from 0 (no bonus) to 3.

It also awards the player a specific amount of points at the beginning of a song, called a Score Bonus. The game takes into consideration the overall quality of all seven cards within an album to determine its Album Grade. The higher this is, the higher your Score Bonus will be. When it comes to a Score Bonus, it varies depending on the Level Bonus. The maximum Score Bonus is 500,000 (Album Grade R with Level Bonus 3).

Below is a chart of the types of Level Bonuses according to the amount of cards from the same theme a player equips.

A level bonus also coincides with a Rave, which grants a multiplier to rack up even more points as you play.

It's also important to note that these are the initial multipliers. You are able to increase your multiplier up to 4x if you hit enough S Perfect notes consecutively while playing the song. Regardless of your rave, however, if you miss a note, your entire multiplier vanishes and you start back at 0, forcing you to build it back up again.

Though it is best to achieve the highest level bonus, that is not always the case. For example, it would be better to replace a B Card that is not in your theme with a C Card that is; this applies to cards without too much of a disparity between them. However, it is not recommended to replace a high-tier card with a low-tier card (ex: R and A).

Card packs can be purchased in the "Shop" (a shopping cart icon on the bottom banner, second from the left) using diamonds, Rhythm Points (RP), Emeralds, or money.

1. Normal Card Packs
These card packs are purchasable using RP or Emeralds. They have no chance to obtain signed or prism cards (or perhaps they do, but I've never received one). These card packs give C to A cards. This type includes packs of:

2. Emerald Card Packs
These card packs are purchasable only using emeralds. They have a higher chance to obtain either signed or prism cards. These card packs give B to R cards. This type includes packs of:

3. Premium Card Packs
These card packs are purchasable only using diamonds. They have the highest chance to obtain either signed or prism cards. These card packs give B to R cards. This type includes packs of:

Missions offer C or B cards daily. These missions are:

One easy and popular method is to successfully complete songs. Easy Mode songs have a high chance to drop 1 card. 1 card packs also rarely give a B card instead of a C.

Another method is attendance. On average, every three days, you may log in to receive 1 C card. Logging in 15 days in a month earns an A card, and 25 days, a signed card.

Completing achievements such as The King of Attendance, The Master of Clear Songs, or Card Power Up earns a player prism/signed cards or premium card packs. Other limited achievements that come when a new song is released for play can grant B to R cards of normal, signed, and/or prism qualities.

Completing Star Level Upgrades award players with cards ranging from normal to Prism packs to R cards (depending on how high your tier is). 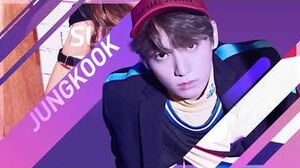 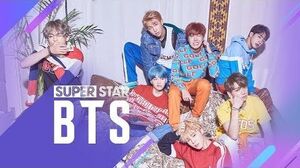 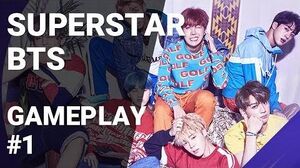 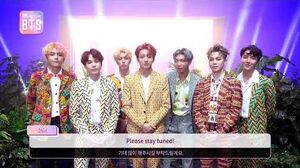