Min Yoon-gi (민윤기), better known by his stage names SUGA (슈가) and Agust D is a South Korean rapper-songwriter and record producer under Big Hit Music. He is a rapper of BTS, also he is notable for his large input in songwriting and is the major music producer between the members.

As a solo artist, he has released two mixtapes: Agust D in 2016 and D-2 in 2020. In 2018, Suga was promoted to full member of the Korea Music Copyright Association.

Min Yoon-gi was born on March 9, 1993, in Daegu, South Korea, the younger of two sons.[6][7] he attended Taejeon Elementary School, Gwaneum Middle School, and Apgujeong High School. He became interested in rap after hearing "Reggae Muffin" by Stony Skunk, stating that it was different from anything he had ever heard before. After hearing Epik High, he decided to become a rapper.

By age 13, he began to write music lyrics and learned about MIDI. He worked a part-time job at a recording studio by age 17. From then on, he began composing and arranging music, rapping, and performing. Before being signed, he was active under the name Gloss as an underground rapper. As part of the hip hop crew D-Town in 2010, he produced "518-062", a song commemorating the Gwangju Uprising.

Originally joining the company as a music producer, Suga trained under Big Hit Entertainment for three years alongside members j-hope and RM. He made his debut as a member of BTS on Mnet's M Countdown with the track "No More Dream" from their debut single album 2 Cool 4 Skool. He has produced and written lyrics for a variety of tracks on all of BTS' albums.

For BTS' third Korean-language mini album The Most Beautiful Moment in Life Pt.1, Suga released a solo intro entitled "Intro: The Most Beautiful Moment in Life". The rap track's lyrics itself discussed the fears of reaching adulthood at the end of one's adolescent years. It released on April 17, 2015, and featured an animated music video. Pt. 1's follow up mini album, The Most Beautiful Moment in Life Pt.2, featured another intro performed by Suga, called "Intro: Never Mind", specifically recounting Suga's teenage years. The song released on November 15, 2015, and additionally served as the intro for BTS' 2016 compilation album The Most Beautiful Moment in Life: Young Forever. Suga did not perform another introductory track for BTS until 2020, where he released "Interlude: Shadow" as part of the album roll out for Map of the Soul: 7. The interlude is a rap song that references "Intro: O!RUL8,2?" from the 2013 EP of the same name, and discusses BTS' fame, comparing its reality to the celebrity O!RUL8,2? dreamed about. The song released on January 10, along with a music video also referencing the struggles of fame. Tamar Herman of Billboard described it as a "evocative, yet brash track" and noted how the song's sound changes midway through to show "this dichotomy between the relationship of how fame and audiences watching him affects his idea of self".

In addition to performing intros for BTS, SUGA released two solo tracks under the group's name. The first, a song entitled "First Love", appeared on BTS' 2016 studio album Wings, is an autobiographical rap track reminiscent of a monologue. On the 2018 compilation album Love Yourself: Answer, SUGA released the song "Trivia 轉: Seesaw", which discussed the up-and-down nature of falling in love. That same year, SUGA was awarded the fifth-class Hwagwan Order of Cultural Merit as a member of BTS by the President of South Korea along with other members of the group.

He released a free self-titled mixtape via SoundCloud on August 15, 2016.[8] He decided against releasing the project as a commercial studio album, describing it as the "feeling of being trapped in some sort of framework." On the record, he discussed matters such as his struggles with depression and social phobia.[9] Fuse TV rated it one of the top 20 mixtapes of 2016.[10]

In 2017, SUGA composed the song "Wine" for singer Suran, whom he had previously worked with for a single on his mixtape. At SUGA's studio, Suran heard a rough draft of "Wine" and asked SUGA for the song. The record peaked at #2 on the Gaon Digital Chart and won best Soul/R&B track of the year at the Melon Music Awards on December 2, 2017. SUGA also received the "Hot Trend Award" for his work on the track.[11]

SUGA rereleased his mixtape for digital purchase and streaming in February 2018.[12] The reissue reached #3 on Billboard's World Albums Chart, #5 on the Heatseekers Albums chart, and #74 on the Top Album Sales chart. It also caused SUGA's solo alias, Agust D, to reach #46 on the Emerging Artists chart for the week of March 3.

In January 2019, SUGA provided a rap feature on Lee So-ra's single "Song Request". The track was co-written by SUGA and Tablo of Epik High, who also produced the track. The single debuted at number three on South Korea's Gaon Digital Chart and at number two on Billboard's World Digital Songs chart, with 3,000 downloads during the song's two-day charting period. SUGA later produced a track for Epik High's Sleepless in extended play, titled "Eternal Sunshine", in February. He co-wrote and produced the digital single, "We Don't Talk Together", for singer Heize, which she released on July 7. In December, American singer-songwriter Halsey released the song "SUGA's Interlude", from her third studio album Manic, which both featured and was produced by SUGA.

On May 6, 2020, IU released the digital single "Eight" featuring and produced by SUGA. The song debuted at number one on both the Gaon Digital Chart and Billboard World Digital Songs chart. SUGA released his second mixtape, D-2 (the continuation to Agust D), together with the music video for its lead single "Daechwita" on May 22, which peaked at #76 on the US Billboard Hot 100 chart. The mixtape debuted at number 11 on the Billboard 200 and became the highest-charting album by a Korean soloist in the US. It is also the first Korean solo release to reach the top 10 in the United Kingdom, opening at number 7 on the UK albums chart.

The stage name SUGA (슈가) is derived from the first syllables of the term shooting guard (슈팅 가드), the position he played in basketball as a student. It was suggested to him because he was pale and looked like he would be very sweet, like sugar. He adopted the alias Agust D in 2016 for his mixtape, which is derived from the initials DT, short for his birthplace, Daegu Town, and "SUGA" spelled backward.

SUGA is responsible for writing, composing, arranging, mixing, and mastering his material. Over 100 registered songs are credited to him by the Korea Music Copyright Association. He is a pianist, and produces hiphop and R&B music.[13] His lyrics involve themes that are "full of dreams and hope," conceived with the intent of his music becoming "many people's strength." He cites Stony Skunk and Epik High as his inspirations to pursue hiph op music. Particularly, he credits the former's reggae-hiph op hybrid album Ragga Muffin (2005) and its title track for igniting his interest in the genre

Jeff Benjamin of Fuse said that SUGA's mixtape "showcases the star's ear for hot productions, hardcore rap style, and how he can make his vulnerabilities a strength. Other critics stated that SUGA's "storytelling execution in the music he creates tears down the barrier of censoring and sugarcoating".[14]

In January 2018, SUGA was promoted to become a full member of the Korea Music Copyright Association.

In 2018, he purchased a US$3 million luxury apartment located in South Korea and as of 2019, he lives in Hannam-dong, Seoul, South Korea.

In December 2013, SUGA, who was diagnosed with appendicitis, underwent surgery at Severance Hospital in Sinchon on the 9th and was discharged on the 17th, but was hospitalized again on the 26th due to inflammation in the surgical site. Consequently, he couldn't attend the year-end awards ceremony for the first time since his debut.

In December 2016, SUGA suffered an ear injury when he tripped over a door threshold. Following doctor's recommendation, he couldn't participate in choreography or performances for about a week so the wound could heal well.

In November 2020, SUGA underwent surgery to repair a torn labrum (reverse Bankart tear) in his left shoulder, announcing that he would take a subsequent break in order to fully recover.

In 2014, SUGA made a promise to buy his fans meat should he find success as a musical artist. Four years later, on his 25th birthday, he donated beef to 39 orphanages in the name of "ARMY", BTS' fanbase. For his 26th birthday, in 2019, he donated KR₩100 million (US$88,000) and 329 BT21 Shooky dolls to the Korea Pediatric Cancer Foundation. On February 27, 2020, SUGA donated ₩100 million to the Hope Bridge National Disaster Relief Association to help prevention and relief efforts in his hometown of Daegu, one of the cities hardest hit by the coronavirus outbreak in South Korea at the time. On March 9, 2021, he donated ₩100 million to Daegu's Keimyung University Dongsan Hospital, to support child cancer patients who cannot access treatment due to financial difficulties.

SUGA has spoken openly about mental health and equality for the LGBTQ+ community.

Discography as a soloist 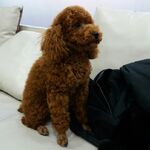