It is a talk show variety program that focuses on various types of questions every week, sometimes with a theme. The cast invited for this program are 6 males, that have been labelled as "men with hot brains".

RM was cast as a regular; however, he left the show after 21 episodes due to BTS' 2015 Red Bullet world tour.

Only are listed the episodes with RM as cast member. 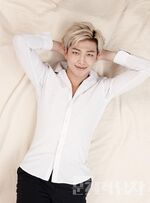 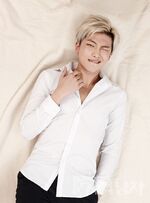 RM promoting Problematic Men in 2015 #2
Add a photo to this gallery
Retrieved from "https://bts.fandom.com/wiki/Problematic_Men?oldid=65545"
Community content is available under CC-BY-SA unless otherwise noted.