Suga and RM were some of the very first members of BTS, and have known each-other for the longest out of all the members. Because of this, they have seen and shared in many struggles together, so although both of them are very subtle and not very touchy-feely, they have a deep personal bond that can be seen when they talk about personal struggles or celebrations of their acheivements, as for a very long time they both wondered if they would ever achieve all that they have dreamed of. They also have deep respect for each-others work. 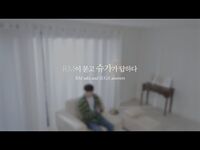