V
Kkanji is a silvery-grey cat that belongs to V.

He was first shown in October 2013 and currently lives with Taehyung's parents. Kkanji is an adorable, cat and he is close with him.

He used to post pictures of him though it has been 5 years or so since he was last seen. 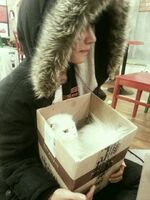 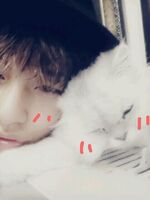 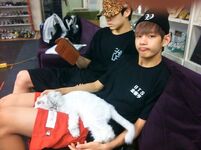 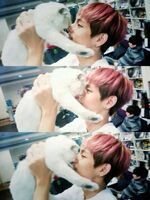