Jeon Jeong-guk (전정국), better known by his stage name Jung Kook (정국), is a South Korean singer-songwriter and record producer under Big Hit Music. He is a member of the boy group BTS.

As a solo artist, he has released first self-produced song "Still With You" in 2020.

Jeon Jung-kook (Korean: 전정국) was born on September 1, 1997, in Busan, South Korea. His family consists of his parents and an elder brother. He attended Baekyang Elementary and Middle School in Busan. When he became a trainee, he transferred to Singu Middle School in Seoul. Jung Kook initially had dreams of becoming a badminton player when he was young, but after seeing G-Dragon perform "Heartbreaker" on television, it influenced him to want to become a singer.

In 2011, Jung Kook auditioned for the South Korean talent show Superstar K during its auditions in Daegu. Though he was not selected, he received casting offers from seven entertainment companies. He eventually chose to become a trainee under Big Hit Entertainment after seeing RM, now his fellow band member and leader in BTS, perform. To work on his dance skills in preparation for debut, he went to Los Angeles during the summer of 2012 to receive dance training from Movement Lifestyle. In June 2012, he appeared in Jo Kwon's "I'm Da One" music video and also worked as a backup dancer for Glam before his debut. He graduated from Seoul's School of Performing Arts, an arts high school, in 2017. In November 2016, he decided to forgo taking the CSATs, Korea's nationwide university entrance exam. As of 2020, he is enrolled at Global Cyber University, majoring in Broadcasting and Entertainment.

On June 12, 2013, Jung Kook made his debut as a member of BTS (also known as Bangtan Boys) with the release of the single 2 Cool 4 Skool Under BTS, he released two solo tracks; the first was a pop track entitled "Begin" on the 2016 album Wings, about moving to Seoul to become an idol and meeting BTS members. The second, a future bass track entitled "Euphoria", was originally released as part of a BTS short film entitled "Euphoria: Theme of Love Yourself 起 Wonder" and later on Love Yourself: Answer. Euphoria, co-produced by DJ Swivel, charted #5 on the Billboard Bubbling Under Hot 100 Singles chart and has charted for 11 weeks on the Gaon Digital Chart, the longest out of BTS members' solo songs.

Jung Kook has also been credited as the main producer on a few of BTS' songs, including "Love is Not Over" and "Magic Shop". On October 25, 2018, Jung Kook (together with the rest of the BTS members) was ordained with the fifth-class Hwagwan Order of Cultural Merit by the President of South Korea. members of the group.

In September 2015, Jung Kook participated in the "One Dream, One Korea" campaign, taking part in a song collaboration alongside numerous Korean artists in memory of the Korean War. The song was released September 24 and presented at the One K Concert in Seoul on October 15.

In 2016, Jung Kook was cast in the pilot episode of Flower Crew. He also appeared on Celebrity Bromance, and competed in King of Mask Singer under the name "Fencing Man," appearing in episode 72.

On November 6, 2018, Jung Kook performed "We Don't Talk Anymore" with original singer Charlie Puth in a special collaboration stage during the MBC Plus X Genie Music Awards. The song was one he had previously covered twice, solo and with fellow BTS member Jimin.

On June 4, 2020, Jung Kook released the song "Still With You", for free on platforms such as SoundCloud as a part of BTS' yearly debut celebrations. Billboard described the song as having "tinkling synths and gently strummed guitars and brushed drums". Jung Kook produced the piece himself.

In a 2019 survey conducted by Gallup Korea, Jung Kook ranked as the third most-loved celebrity of the year in South Korea. He debuted on the list in 2016 at 20th, then ranked 17th in 2017, and then 8th in 2018. In 2018, Jung Kook placed first for 10 weeks in a row for magazine Hi China, under the most beloved celebrities list in China. Jung Kook is also extremely popular on social media amongst fans. In December 2018, a video of him singing in the studio became the most retweeted tweet in South Korea that year. Various artists have cited him as an influence and role model, such as Kim Dong-han and Hyeongseop X Euiwoong. Jung Kook has cited Justin Bieber, Justin Timberlake and Usher among his musical inspirations.

Jung Kook's popularity has earned him the nickname "Sold Out King" as items that he is seen using often sell out quickly. These include shoes, Downy fabric softener, wine, novels—namely I Decided to Live as Me by Kim Soo-hyun, which became a best-seller in both Korea and Japan—and Hanbok. Korean media reported that Jung Kook had created a "Modern Hanbok" fashion trend in the Korean entertainment industry when celebrities such as Jun Hyun-moo, Jang Do-yeon, Gong Hyo-jin, MC Oh Seung-hwan and The Return of Superman's Park Joo-ho began wearing similar clothing after he was photographed wearing it.

Jung Kook was 2019's most-searched male K-pop idol on Google according to their mid-year chart. He topped the chart again in 2020, and was the most searched K-pop idol on YouTube in 2019 and 2020. On Tumblr, he ranked 1st in 'Top K-Pop Stars' for 3 consecutive years. On Twitter, he had the most retweeted tweet of 2019, and the 2nd most retweeted tweet of 2020. In March 2021, Jung Kook set a new all-time record for the most real-time viewers in V Live history when his solo live broadcast surpassed 22 million simultaneous viewers—he first broke the record in October 2018, when his broadcast surpassed 3.7 million viewers worldwide.

In June 2021, a lawmaker of the Justice Party used photos of him to promote the legalization of tattoos in South Korea, which works under regulations. The posts were widely condemned by netizens, who accused the lawmaker of taking advantage of Jung Kook's fame for political purposes. 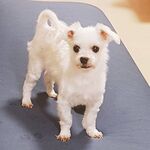 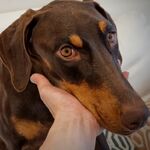