Kim Seok-jin (김석진), better known by his stage name Jin (진), is a South Korean singer-songwriter and record producer under Big Hit Music. He is a member of the boy group BTS.

Kim Seok-jin was born on December 4, 1992, in Gwacheon, Gyeonggi Province, South Korea. His family consists of his mother, father, and older brother.

While in junior high school, Seokjin was scouted by SM Entertainment off the street, but he rejected the offer at the time, believing it to be a scam.[16] He initially intended to be an actor, attending Konkuk University and graduating with a degree in art and acting on February 22, 2017.[17][18] He is currently enrolled in graduate school at Hanyang Cyber University, pursuing studies in areas other than music.[19]

Jin was scouted by Big Hit Entertainment for his looks while walking down the street. At the time, Jin was studying acting and had no background in music.[20] On June 13, 2013, Jin made his debut as one of the four vocalists in BTS with their debut single album 2 Cool 4 Skool. Jin released his first co-produced track, a solo single from the album Wings titled "Awake", in 2016. The song peaked at number 31 on the Gaon Music Chart and six on the Billboard World Digital Singles Chart. In December 2016, he released a Christmas version of "Awake" on SoundCloud.

On August 9, 2018, the second solo by Jin, "Epiphany", was released as a trailer for BTS' then-upcoming compilation album Love Yourself: Answer. The song was described as a "building pop-rock melody" by Billboard and contains lyrics discussing self-acceptance and self-love. The full version of the song was eventually released as a track on Answer, peaking at number 30 on the Gaon Music Chart and four on the Billboard World Digital Singles Chart.[21] In October, he was awarded the fifth-class Hwagwan Order of Cultural Merit by South Korean President Moon Jae-in along with other members of the group.[22]

He released his third solo song with BTS, "Moon", on the 2020 studio album Map of the Soul: 7. Variety writer Jae-Ha Kim described "Moon" as a power pop song addressed to BTS fans. "Moon" peaked at number one the Gaon Digital Chart and number two on Billboard's US World Digital Singles chart.

Jin collaborated with fellow BTS member V on the song "It’s Definitely You", released as part of the Hwarang: The Poet Warrior Youth original soundtrack. He also joined BTS member Jung Kook to sing and release an alternate version of "So Far Away", a song from BTS member SUGA's self-titled mixtape Agust D. 's Jin solo covers include "Mom" by Ra.D, "I Love You" by Mate, and "In Front of the Post Office in Autumn", originally by Yoon Do-Hyun in 1994. They were released on SoundCloud on May 7, 2015, December 3, 2015, and June 7, 2018, respectively. He has also made several appearances as a co-host for Korean music award shows, such as Music Bank and Inkigayo.

On June 4, 2019, Jin released his first independent song "Tonight" as part of the 2019 BTS Festa event, a yearly event celebrating the anniversary of the band's debut. The acoustic ballad was composed by Jin alongside Big Hit Entertainment record producers Slow Rabbit and Hiss Noise. The lyrics, written by Jin and BTS leader RM, are inspired by Jin's relationship with his pets. The track was met with a generally positive reception, with praise directed towards Jin's vocals and the song's calming atmosphere.[23]

On December 3, 2020, Kim released his second solo song "Abyss" a day before his 28th birthday. The acoustic ballad was composed by Kim and fellow BTS member RM, alongside record producers BUMZU and Pdogg. The lyrics, written by Kim, BUMZU and RM, were inspired by Kim's feelings of anxiety, doubt, and burnout. In a post on the official BTS blog, Kim spoke about his insecurities regarding music and how those darker emotions drove him to write and release the song.[24]

Jin is a tenor and can play the guitar. In Kim Young-dae's 2019 novel BTS: The Review, members of the Grammy panel stated that his voice has stable breath control and a strong falsetto, calling it a "silver voice". Journalist Choi Song-hye, writing for Aju News, wrote that BTS singles such as "Spring Day" and "FAKE LOVE" displayed Kim's vocal stability, while the b-side "Jamais Vu" did so for his emotional range. Hong Hye-min of The Korea Times described Kim's voice as "tender, sorrowful, [and] free-spirited" and considered it to be the "standout element" on the solo ballad "Epiphany". Critic Park Hee-a, when discussing "Epiphany", stated that Kim "sings the most sentimental emotions" of the solo tracks on Love Yourself: Answer. In a review of "Fake Love", Park said that Kim's belting "prove[d] [the song's] effectiveness".

In December 2018, Jin donated various suppliers to the Korean Animal Welfare Association to celebrate his birthday, purchasing food, blankets, and dishes for the organization. That same day, he donated 321 kilograms of food to the Korea Animal Rights Advocates (KARA), another Korean animal welfare non-profit.[25]

Since May 2018, Jin has been a monthly donor to UNICEF Korea, requesting that his donations be private at the time. They were eventually publicized following his induction into the UNICEF Honors Club in May 2019 for donating over ₩100 million (about US$84,000).[26]

In 2019, he was ranked as the overall 13th most popular idol and 6th among girls aged 13–19 in South Korea, via data collected by analytics company Gallup Korea.

As of 2018, Jin lives in Hannam-dong, Seoul, South Korea. Additionally, he and his older brother opened a Japanese-style restaurant in Seoul called Ossu Seiromushi in 2018. 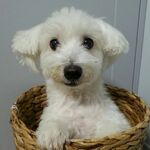 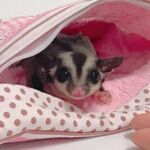 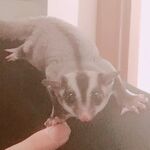 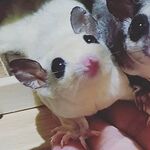