Hope World is the debut mixtape by J-Hope. It was released on March 2, 2018 with "Daydream" serving as the mixtape's title track.

The mixtape topped the iTunes Top Albums Charts in a total of 78 countries and regions.[1]

Background (Credits to the Kpop Wiki)

The first mention of J-Hope's upcoming mixtape was printed in the ‘Wings’ Concept Book released with the album on October 16, 2016. In an interview portion focused on J-Hope, the rapper was asked if he had any intention to release his own mixtape and follow in the footsteps of fellow rappers RM and Suga, and he revealed that he was "thinking about it" but that he "needed to start from considering what to talk about".

J-Hope posted a personal log video to the Big Hit Entertainment official Youtube account in April 16, 2017, during which the rapper confirmed that his mixtape was being worked on and that he intended to see it released in July of the same year. During the second season of the BTS Bon Voyage video series, which was filmed in Hawaii and released in June 2017, J-Hope asked fans to be patient for his mixtape release and confirmed his desire to have it released within the year.

On January 3, 2018, RM of BTS teased the upcoming mixtape release by discussing his impression of the tracks on a V Live broadcast, during which he revealed that he was "really surprised" by the quality and that "its quality is much better than my 'own' mixtape [RM]".

On February 18, 2018, J-Hope surprised fans with a solo V Live stream to celebrate his 24th birthday, in which he discussed his upcoming mixtape release and told the audience "I’m working really hard on it. I think I can say 'it’ll be released' soon. I worked really hard. You can say that I spent all of last year on the mixtape".

February 28, 2018, J-Hope posted a photo of his own studio to the BTS official Twitter account, which featured a plaque bearing the words "Hope World." Fans correctly predicted this to be the name of his upcoming mixtape.

Big Hit Entertainment announced on their official Twitter account that the official release date for the mixtape would be March 2, 2018.

The mixtape was released online at 12am KST on March 2, 2018, 3 years after its initial conception.

The release was announced on both the BTS and Big Hit Entertainment official Twitter accounts, and both accounts provided links to Dropbox, Google Drive, and MediaFire for fans to download the entire album for free. The album was also released on Spotify and SoundCloud to stream, and on iTunes and Apple Music for purchase.

The album features all 6 other members of BTS as the gang vocal on the track "Airplane," and frequent BTS producer and collaborator Supreme Boi on the track "항상 (Hangsang)".

A music video for the album's title track, "Daydream," was released alongside the album on the Big Hit Entertainment official YouTube account. In a V Live stream started immediately following the album's release, J-Hope challenged fans to watch the "Daydream" video closely to figure out which BTS member makes a cameo.

Within minutes of the release, the hashtags #HIXTAPEisComing, #HOPEWORLDMixtapeOUTNOW, and #DaydreamMVOutNow were trending No. 1, 2, and 3 on Twitter.

The album debuted at No. 6 on the US iTunes Chart, No. 17 on the UK iTunes Chart, and at No. 153 on the Apple Music Worldwide Charts.

To accompany the release, TIME Magazine published an interview featuring J-Hope on March 2 that covered the inspirations and production processes behind the album's release, the first time BTS or any of its members have been featured in the magazine.

In addition, Forbes Magazine published an article that reviewed the release on March 2, specifically focused on the unusual strategies chosen by US fans to purchase the album one day after its release to maximize its charting rank on the Billboard Charts. Though the album was released on Friday, March 2 in Korea, its release actually fell at 9am CST on Thursday, March 1 in the US, which would place the album's release at the end of the previous week's chart and only give it only 14 hours of sales before the charts' tracking closed for the week. Forbes noted the unusual nature of this strategy and how it falls in line with previous efforts made by the ARMY. Stateside, and co-director of Charts at Billboard, Keith Caulfield, called the timing of the release "interesting" since it does not coincide with the traditional releases on Fridays in the US. This article also marked the first article published about BTS or any of its members in Forbes Magazine. On March 2, the album's sixth track, "Airplane", was featured on the Apple Music "Best of the Week" playlist, which is cultivated by Apple editors and features "the worlds most exciting new music."

TIME Magazine featured the track "Hope World" on it's "5 Songs You Need to Listen To This Week" list for the week, which also included tracks from notable artists including DJ Khalid, Beyonce, and Jay Z. TIME had this to say about the Hope World release: “Naturally titled ‘Hope World,’ the lead track of the same name is a bouncy and fresh piece of rap-forward pop...J-Hope’s infectiously upbeat vibe is hard to miss.” J-Hope and the album were also featured on the SBS Morning Wide daily news show due to this attention from the Billboard, Forbes, and TIME magazines.

The music video for "Daydream" received 1 million likes on YouTube within 1 hour and 45 minutes, making it the fastest K-Pop video to ever reach the benchmark. Within 7 hours of its release, the video also accumulated 5 million views. These metrics put the video at No. 12 on the YouTube Trending Chart.

Within 5 hours of its release, the album reached the No. 1 spot on the iTunes charts in 63 countries, breaking the record for the most No. 1 spots held on the charts by a Korean solo artist.

With 73 No. 1 spots on the iTunes chart worldwide, Hope World tied with the previous BTS release, Love Yourself 'Her', for the most No. 1 spots held by a Korean album on iTunes within the first 24 hours.

According to the Hits Daily Double chart released by Hits, an American music industry trade publication, Hope World sold approximately 8,630 pure US copies during the tracking period from February 23-March 1. With the inclusion of TEA (track sales) and SEA (track streams) tracking, the album received 12,070 units within the same period. This placed the album at No. 11 on the Hits Pure Sales Chart, and No. 41 on the Hits Top 50 Consumption Chart and made the album one of the 20 best selling albums on the chart for the entire week.

On March 3, Hope World debuted on the US Apple Music Top Album charts at No. 20, and reached a new peak of No. 3 on the Worldwide Apple Music Chart.

The music video for "Daydream" reached 15 million views on March 3, only 2 days and 14 hours after its release.

As of March 4, Hope World remained in the No. 1 spot on the iTunes Worldwide Charts, marking 4 days overall in the No. 1 spot and tieing the album with Love Yourself: Her for the most days at No. 1 for a Korean album. The album also debuted on March 5 at No. 46 on the Billboard Canadian Albums chart, the highest entry for a Korean solo artist on the chart.

The music video for "Daydream" passed 20 million views on YouTube on March 4, and received 2.3 million likes on the streaming site. This makes the video the 9th most liked video by BTS or any of its members, falling just 200,000 likes short of the video for "Save Me" by BTS.

The album sent three tracks to the Billboard World Digital Song Sales chart for the week ending March 1, with "Daydream" debuting at No. 3, "Hope World" at No. 16, and "Hangsang (항상)" at No. 23. J-Hope also debuted on the Billboard Artist 100 chart at No. 97, making him the fifth Korean solo artist to rank on the chart. J-Hope also debuted at No. 3 on the Billboard Emerging Artists chart, surpassing his fellow bandmates RM and Suga who both peaked at No. 46 on the chart.

On March 7, the music video for "Daydream" reached 25 million views, reaching the milestone in 6 days and 9 hours. 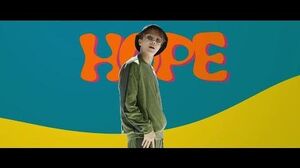 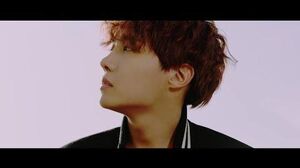