Burn The Stage: The Movie

Burn The Stage: The Movie

Burn The Stage: The Movie is a recap film of BTS: Burn The Stage documentary, including new footage. It was released worldwide on November 15, 2018, in select theatres. Due to popular demand, it re-entered theatres December 5-6 in select countries.

This is the first movie from BTS, going behind-the-scenes of the BTS Wings Tour to reveal the full story of the band’s meteoric rise to fame. This unmissable cinema event provides an intimate look at what happens when the most successful global boyband of all time breaks down barriers and invades the mainstream music scene. Exclusive tour footage and brand-new one-on-one interviews with BTS members give fans an unprecedented glimpse into their lives and an opportunity for everyone to celebrate together in movie theaters worldwide.[2].

On opening day in South Korea it collected 72,760 movie goers, becoming the first live-action movie by an idol to rank in the top ten box office coming in at number five. Including the other three days left for the box office week it sold 200,000 total tickets coming in overall at four for best selling releases of the week. It earned $1.77 million the first three days of sales.

In the United States it accumulated $1.2 million on opening day for a total of $3.54 million over the three day weekend, breaking the record for for highest grossing event cinema musical production which was previously set in 2014 by the band One Direction. It ranked at number ten in the box office despite selling at only 620 locations compared to the 2,000-4,000 locations for the other top ten sellers.

Outside of the US

Pre-orders for the tickets worldwide reached a count of nearly one million. It was released in 79 countries and grossed a total of $14 million in the first week.

“Burn the Stage: The Movie” also racked up $9.3 million in ticket sales outside of the United States. 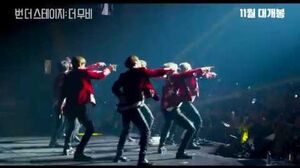 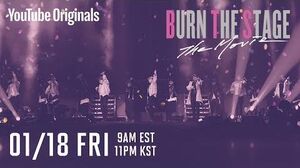 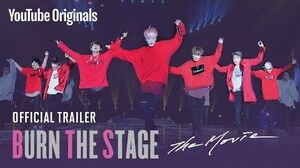 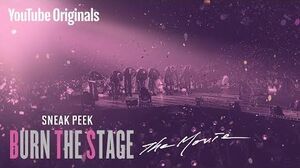 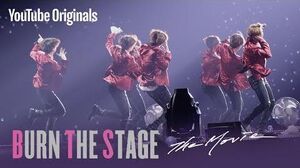