BTS World Tour : Love Yourself is the third worldwide concert tour headlined by the South Korean boy band BTS to promote their Love Yourself series, Love Yourself 'Her', Love Yourself 'Tear' and Love Yourself 'Answer'. The tour began on August 25, 2018 in South Korea and is set to visit 12 countries thus far, including Japan, United States, Canada, United Kingdom, France, Netherlands, Germany, Taiwan, Hong Kong, Singapore, Brazil, and Thailand.

On February 20, 2019, BTS announced new stadium tour dates under the name "BTS World Tour 'Love Yourself: Speak Yourself'" starting on May 4, 2019 at Rosebowl Stadium in Los Angeles.

On April 26, 2018, Big Hit Entertainment released a trailer on their official YouTube channel announcing an upcoming world tour. The video revealed an initial schedule of 22 concerts across 11 cities, spanning Seoul to California, Ontario to London, Amsterdam to Paris, with more dates and venues said to be awaiting confirmation. The information was also posted on Big Hit's official website and across all their official social media platforms as well. After news of the world tour broke, multiple hashtags trended worldwide on social media, including the tour's namesake tag – #LOVE_YOURSELF, highlighting the level of anticipation surrounding the event.

Before the international leg of the tour started, Big Hit announced BTS wasn't going to give interviews during the tour, during their American leg they made a couple of exceptions adding two schedules. The first one a conversation with the Grammy Museum in Los Angeles where the group reflected in the message they want to give through music on September 10 and a performance in the popular TV show America's Got Talent thanks to an invitation by the famous model and host Tyra Banks recorded the same day and aired September 12 on NBC.

According to ticket resale site StubHub BTS was one of 2018's best selling concerts in the world, second to only Ed Sheeran. On October 7 it was estimated that BTS sold a total of 790,000 tickets, selling out all current concerts venues and with more dates expected to be added to the tour.

On August 4, Big Hit Entertainment confirmed all 90,000 tickets for the Seoul shows (August 25 and 26) were sold out after the second public sale on August 3. On August 17, it was announced that only from the first two concerts at the Seoul Olympic Stadium in Seoul, BTS was projected to make USD 8.4 Million (KRW 95 Billion) in ticket revenue alone. Dates for nine dome concerts in Japan were announced on July 30 across the group's social media platforms. In Japan, it came in at nineteenth overall for 2018 best selling concerts. In Singapore, tickets sold out in less than four hours.

Tickets went on sale May 5, 2018 for the Newark, Fort Worth, and Los Angeles shows and sold out in seconds. Due to the high demand, an additional date was added to the Los Angeles lineup, with tickets going on sale May 9, 2018. Tickets for the Oakland, Chicago, and Hamilton shows went on sale May 7, 2018. Tickets for the Hamilton shows sold out in just over an hour, with organizers for the Ontario stop, Core Entertainment, revealing they would have sold out faster if not for the strain put on Ticketmaster's online system due to the heavy influx of site traffic, the likes of which had not been seen for any ticketing held before All fourteen stops completely sold out. A fifteenth and final stop of the North American leg, Citi Field in New York, was later announced on August 8, making BTS the first Korean artist to hold a concert at a stadium in the United States. Tickets for the show sold out in under ten minutes. On September 9, Variety announced that BTS, and singer Elton John, were the top touring acts of Fall 2018 in the United States. According to StubHub, BTS entered the "highest-selling act" and "best-selling shows" lists with the "highest-selling average sales per show position". Yahoo Finance revealed that BTS were also the top-selling act and top-selling show artist in Canada for Fall 2018.

The London, Amsterdam, Berlin, and Paris stops mark the group's first and biggest European headline shows to date. Tickets went on sale June 1, with the London dates selling out in two minutes, and the Berlin shows selling out in nine minutes.

The Love Yourself received positive reviews from critics. For the first concerts in America, local media reported in Los Angeles since the moment fans started to camp outside the Staples Center days ahead the concert. Philip Cosores from Uproxx described BTS' Staples Center 4 night concerts as "Enormous, multi-sensory experience" bringing an "Inclusive" and "Multicultural experience" where music is above any language barrier. Tiffany Taylor from The Hollywood Reporter noted for Billboard News the "Amazing choreography" praising the solo performances and energy of the fans as highlight of the night. Jim Harrington from The Mercury News referred to the Oracle Arena concert on Oakland as "the hottest concert of the year in the Bay Area" noting the solo performances as "witnessing seven individual stars, each of whom could enjoy a successful solo career." For the Chicago show critic Kim Youngdae stated their strengths were the dazzling group displays, the artistry in the solo numbers, and how immersive it was. Crystal Bell from MTV said about the tour, "BTS have created an experience so captivating, so inclusive, and so visually stunning that it’s cemented the boy band as one of the most vital acts in pop music today." The Quietus wrote about the European tour as " The show is about a search for self-identity. After two-and-a-half hours of costume changes, pulsing beats, soaring high notes and the impossible iconic beauty of their videos, BTS walk to the front of the stage in low-key jeans and T-shirts. As they sing the last song, ‘Anpanman’, which is about a new kind of superhero, we realise that their awkwardness and sensitivity is also the source of their strength."

The Denisonian rated the concert ten out of ten, stating the music, visuals, dancing, and fans is what made it a great experience. Vivid Seats named BTS the 2018 artist of the year, citing the group's history-making concert at Citi Field.

The Love Yourself tour was nominated for three awards during ticket sale website Ticketmaster's year-end awards, winning two of them. The Ticket of the Year Award was awarded to BTS following a user poll by Ticketmaster, using a database of roughly 200 million people to determine the most popular touring act of 2018. In addition, BTS was awarded the French ticket of the year award, which pulled from data via French Ticketmaster sales. The tour was also nominated for the "Most Anticipated Event of the Year, 2019" award, but did not receive it. Love Yourself also won grand prize award at the 6th Edaily Culture Awards for Best Concert. The Seoul performances were popular among judges because, according to Kim Eun-koo of Edaily, they "created a new history [for] K-pop". The skill of the performers and popularity of the event were also cited as influences on the decision.

BTS features two set lists for their concerts. It includes the same songs except for the title medley (#12 to #16)

"Map of the Soul: Persona"

BTS World Tour Love Yourself: Speak Yourself is an extension to the Love Yourself world tour, separated under a different name. The extension is slated to start on May 4, 2019 in Pasadena, California and will feature concerts in North and South America, Europe, and Asia, including the United States, Brazil, the United Kingdom, France, and Japan.

Speak Yourself was first announced on February 19, 2019 through the Big Hit Entertainment YouTube channel, where a spot for the extension was posted. The video featured clips of the BTS members performing, with the title and dates for the tour written on top of them. That same day, Live Nation was revealed as the concert promoter, with tickets sold through Ticketmaster.

According to pop music website PopCrush, the extension had higher first-day sales in the United States and Europe than the Rolling Stones' 2019 tour, which went on sale the same day. BTS are also the first Asian act to sell out the Rose Bowl.

Five concert DVDs and Blu-Rays were released showcasing different legs of the tour. 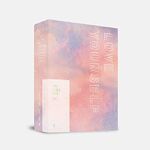 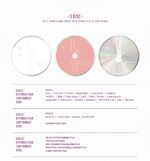 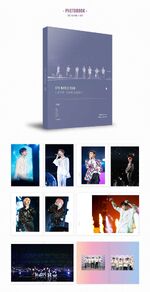 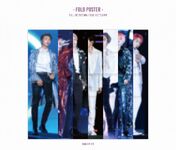 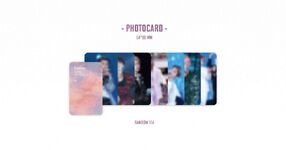 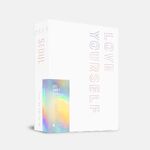 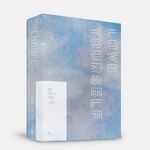 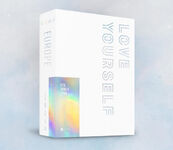 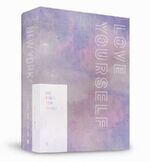 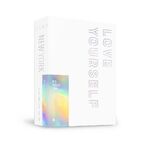 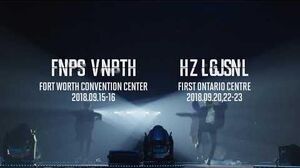 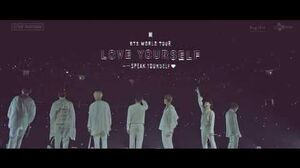 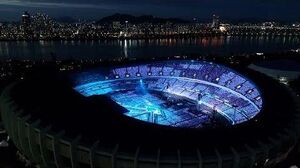 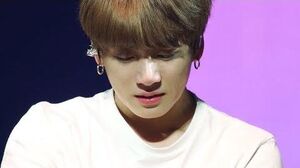 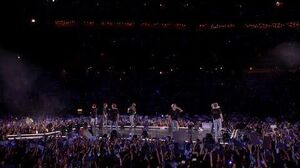